The legend returns with the 2021 Ford Bronco rolling out to dealership lots later this year. The Bronco, America’s original SUV, is built wild. The Bronco may be the most anticipated vehicle hitting the market this year as the SUV legacy continues with a new release.

Drivers can expect many of the design features they love in the Bronco to carry over into the 2021 release. The 2021 Bronco features capabilities to handle any and all off-raiding. The 2021 Bronco will be ready to tackle your next adventure in Bremerton! The base model has a starting MSRP $28,500*.

The 2021 Bronco will feature easy-to-remove doors and roof panels. The Bronco SUV will come in both a 2-door and 4-door option. The adventure-friendly interior will be easy to clean and provide room for your passengers and gear. 2021 Ford Bronco series options include: 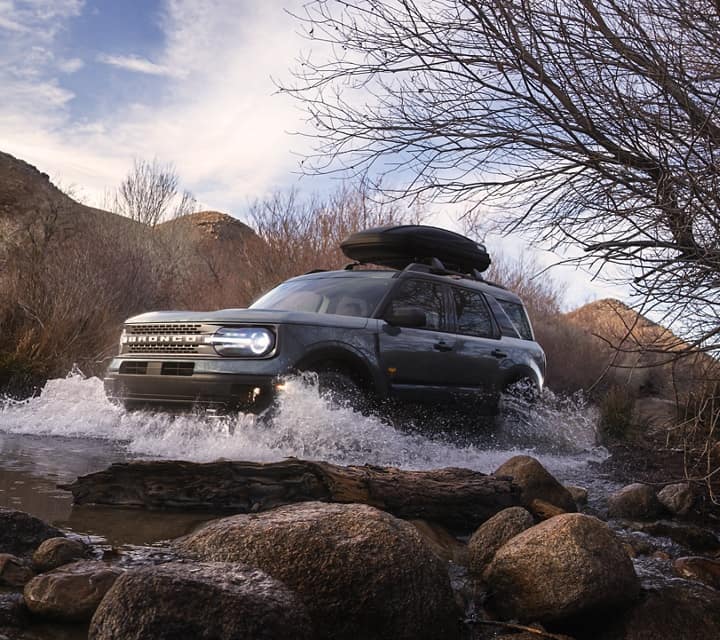 What is the Sasquatch Package?

The Sasquatch Package - which comes standard on the Bronco WildTrak - is available on every Bronco series.

THE HISTORY OF THE FORD BRONCO

The market is buzzing as this legendary vehicle rolls out to dealerships! The Ford Bronco was originally produced in 1966 and instantly became an SUV favorite among drivers. The time-tested brand is known for off-road capabilities and handling any terrain.

The Ford Bronco was produced until 1996 at Ford’s Truck Plant located in Wayne, Michigan. In 2017, Ford officially announced they would bring back the Bronco with a 2021 model. West Hills Ford can’t wait to have the classic SUV back at our Ford dealership in Bremerton, WA!

GET UPDATES ON THE 2021 FORD BRONCO IN BREMERTON, WA

Be the first to get the 2021 Ford Bronco! Choose your model and put down a refundable $100 deposit to reserve your Ford Bronco from West Hills Ford. The 2021 Ford Bronco will begin rolling out to dealerships in early 2021 - targeted to be on lots by June 2021. Want to stay up-to-date on the 2021 Bronco and know when our Bremerton dealership has some available?

Contact us today to get on the list! We’ll let you know when we have 2021 Bronco SUVs at the dealership and help you schedule your 2021 Ford Bronco test drive.

*MSRP for base vehicle. Excludes destination/delivery fee plus government fees and taxes, any finance charges, any dealer processing charge, any electronic filing charge, and any emission testing charge. Optional equipment not included. Starting A, Z and X Plan price is for qualified, eligible customers and excludes document fee, destination/delivery charge, taxes, title and registration. Not all vehicles qualify for A, Z or X Plan. Vehicle image shown is for illustration purposes only and may not be base vehicle.